The war in Ukraine threatens mothers and children globally. 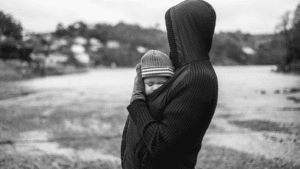 In 1932-1933 Stalin’s Russia used a horrific weapon on the people of Ukraine: man-made hunger. Rejection of outside aid, confiscation of all household foods and grains, and restriction of population movement created an unprecedented famine that killed millions of Ukrainians: The Holodomor.

Hunger as a weapon of war has sadly been used throughout history and in other modern-day conflicts. But this time, there is more at stake. The Russian invasion affects two major global staple food and fertilizer-producing countries. The magnitude of such global supply-chain shocks will sadly reverberate from Ukraine to millions of vulnerable women and children worldwide.

Over fifty countries depend on Russia and Ukraine for 30% or more of their wheat supply. Many of them are low-income, food-deficit countries in Northern Africa, Asia, and the Near East. “The looming disaster is laying bare the consequences of a major war in the modern era of globalization” as the New York Times quoted recently.

Record high food, fuel, and fertilizer prices may create another malnutrition crisis in vulnerable communities worldwide that are already weakened by the COVID-19 pandemic, other ongoing conflicts, and climate change. Before the war in Ukraine, food prices were already at an all-time high and since the invasion, wheat and barley prices have gone up by another 30%, and some fertilizers by 40%.

In the longer term, reduced fertilizer supplies and higher energy prices will increase costs for harvesting, transporting, and processing food everywhere.  The International Monetary Fund expects to further cut its global growth forecast to account for the economic consequences of the invasion of Ukraine.

Households in countries with lower incomes spend more on food and are the most affected by higher prices. During previous economic crises, when food prices went up, households coped by maintaining their caloric intake from staple foods by reducing consumption of more expensive, nutritious foods. 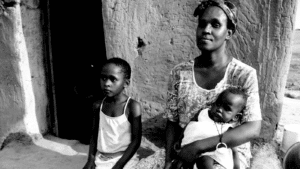 In addition, to mitigate the impact of the current high fertilizer and fuel prices domestically and fund necessary humanitarian actions, governments are considering re-allocating their budgets, which may, at least temporarily, come at the expense of longer-term nutrition development support.

But millions of babies, born to mothers who will become malnourished because of this new crisis, cannot wait for nutrition development programs to resume. They will suffer from the consequences of early-life malnutrition their entire lives, and tragically pass it onto the next generation.

It is with a similar heavy heart, as we all felt in March 2020, when we began to grasp the implications of the COVID-19 pandemic for global nutrition.  We asked then and we must again ask if we will lose decades of progress. How can we prevent this crisis from becoming a much bigger and longer-lasting crisis affecting the health and lives of millions of children now and in the future?

We are rallying again to call for action. The Micronutrient Forum is coordinating a joint response from the Standing Together for Nutrition community, UN agencies, the World Bank, the SUN movement, and leading donors. We have seen how a strong unified voice, combined with evidence and data, can lead to extra programs, investments, and commitments for nutrition.

Together we can do this again and collectively call for actions to prevent the Ukrainian crisis to become a malnutrition crisis and a legacy for future generations! 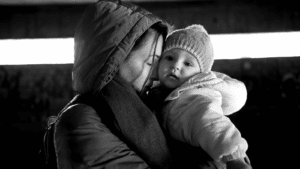